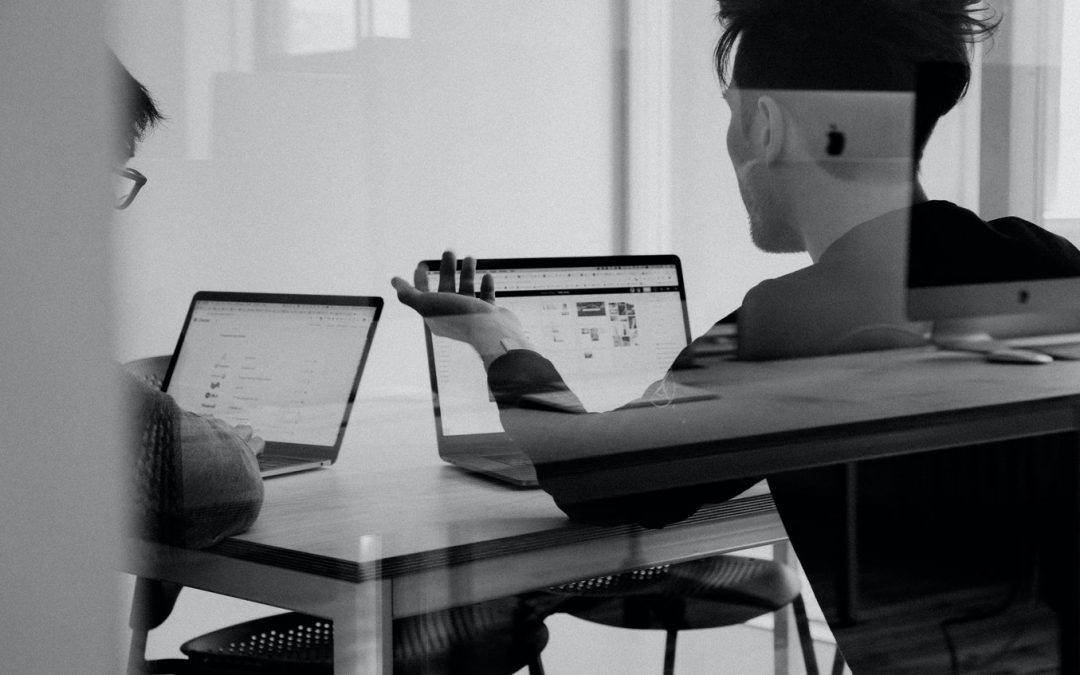 Ah yes, salary negotiations; a tale as old as time. Hopefully, by the time you’re done reading this, this term will be replaced in your mind with something much more holistic and much less ‘annual income only’ focused…

When folks used to think about salary negotiations, it was mostly contained to internal discussions with management at their first or second employer. Nowadays, salary negotiations have become a cycle that repeats often throughout your career. You may do this DOZENS of times throughout the span of your professional life but the negotiation process will always be relatively the same. The only things that change are WHAT is motivating you to look at new opportunities and how salary (and to a larger extent, total rewards) plays into that decision.

Salary negotiations don’t have to be the hard-nosed fight to the finish that most envision when thinking about how to handle these discussions. The process WILL, however, force you to prioritize what is important to you, and those that do a deep dive into what those priorities are will be most equipped to articulate their demands to their prospective employer AND end up with a compromise that feels like a solid deal. Remember, this isn’t about “winning;” it’s about coming to an agreement that feels like a market-center package for the role you’re interviewing for.  Treating a negotiation (both as a candidate and as an employer) as a battle solely in the lens of win v. lose is a recipe for ultimately losing every time. Additionally, you need to remember that the person you are negotiating with is the exact same person you will be working with/for in the very near future. Starting that relationship correctly is crucial to the ultimate success of your partnership with that person. Instead of getting caught up in getting the upper hand, focus on finding that middle ground where all parties smile widely with excitement when they meet on day 1 at the office (or Zoom as the times require).

You need to be thinking about things through the lens of ‘Total Rewards’ (the fancy new[ish] term in HR).   What do I mean by Total Rewards?  Well, it’s basically a strategy or system that is implemented by a business that encompasses all of the monetary, beneficial and developmental rewards/perks to attract and retain new and current employees. You have to be prepared to monetize non-cash variables and talk to prospective employers in creative ways.  It’s a two-way street. To keep it simple, the main list of ingredients to consider are:

Phew!  That was a lot, and guess what?  There is so much more to consider. Taking the time to assess the list above (and more) and prioritizing what is most important to you will help you make wise, thoughtful decisions when the time comes to negotiate.

Things will NEVER be apples to apples, and expecting that in any negotiation will make you look rigid and inflexible. Thoughtful, carefully crafted narratives on why you seek what you’re asking for is a much better route and will show your prospective employer that you do the work upfront to be prepared and organized.

10 Things to Consider During A Salary Negotiation:

This sounds basic, but it’s crucial: People are going to fight for you only if they like you. Anything you do in a negotiation that makes you less likable reduces the chances that the other side will work to get you a better offer. This is about more than being polite; it’s about managing some inevitable tensions in negotiation, such as asking for what you deserve without seeming greedy, pointing out deficiencies in the offer without seeming petty, and being persistent without being a nuisance. Negotiators can typically avoid these pitfalls by evaluating (for example, in practice interviews with friends) how others are likely to perceive their approach.

It’s not enough for them to like you. They also have to believe you’re worth the offer you want. Never let your proposal speak for itself—always tell the story that goes with it. Don’t just state your desire (a 15% higher salary, say, or permission to work from home one day a week); explain precisely why it’s justified (the reasons you deserve more money than others they may have hired, or that your children come home from school early on Fridays). If you have no justification for a demand (especially if it’s not backed up by data), it may be unwise to make it.  Use your current compensation, other offers and a detailed market analysis to make your point.  Be ready to prove all of this data.  Again, keep in mind that the line between being likable and explaining why you deserve more is very thin: Suggesting that you’re especially valuable can make you sound arrogant if you haven’t thought through how best to communicate the message.

People won’t want to expend political or social capital to get approval for a strong or improved offer if they suspect that at the end of the day, you’re still going to say, “No, thanks.” Who wants to be the stalking horse for another company? If you intend to negotiate for a better package, make it clear that you’re serious about working for this employer. Sometimes you get people to want you by explaining that everybody wants you. But the more strongly you play that hand, the more they may think that they’re not going to get you anyway, so why bother jumping through hoops? If you’re planning to mention all the options you have as leverage, you should balance that by saying why—or under what conditions—you would be happy to forgo those options and accept an offer.

Companies don’t negotiate; people do. And before you can influence the person sitting opposite you, you have to understand them. What are their interests and individual concerns? For example, negotiating with a prospective boss is very different from negotiating with an HR representative. You can perhaps afford to pepper the latter with questions regarding details of the offer, but you don’t want to annoy someone who may become your manager with seemingly petty demands. On the flip side, HR may be responsible for hiring 10 people and therefore reluctant to break precedent, whereas the boss, who will benefit more directly from your joining the company, may go to bat for you with a special request.

Sadly, to many people, “negotiating a job offer” and “negotiating a salary” are synonymous. But much of your satisfaction from the job will come from other factors you can negotiate—perhaps even more easily than salary. Don’t get fixated on money. Focus on the value of the entire deal: responsibilities, location, travel, flexibility in work hours, opportunities for growth and promotion, perks, support for continued education, and so forth. Think not just about how you’re willing to be rewarded but also when. You may decide to chart a course that pays less handsomely now but will put you in a stronger position later.

If someone makes you an offer and you’re legitimately concerned about parts of it, you’re usually better off proposing all your changes at once. Don’t say, “The salary is a bit low. Could you do something about it?” and then, once they’ve worked on it, come back with “Thanks. Now here are two other things I’d like…” If you ask for only one thing initially, they may assume that getting it will make you ready to accept the offer (or at least to make a decision). If you keep saying “and one more thing…,” they are unlikely to remain in a generous or understanding mood. Furthermore, if you have more than one request, don’t simply mention all the things you want—A, B, C, and D; also signal the relative importance of each to you. Otherwise, they may pick the two things you value least, because they’re pretty easy to give you, and feel they’ve met you halfway. Then you’ll have an offer that’s not much better and a negotiating partner who thinks their job is done.

Resist the temptation to prove that you are a great negotiator. MBA students who have just taken a class on negotiation are plagued by this problem: They go bargaining berserk the first chance they get, which is with a prospective employer. My advice: If something is important to you, absolutely negotiate. But don’t haggle over every little thing. Fighting to get just a bit more can rub people the wrong way—and can limit your ability to negotiate with the company later in your career, when it may matter more.

At the beginning of a job hunt, you often want to get at least one offer in order to feel secure. This is especially true for people finishing a degree program, when everyone is interviewing and some are celebrating early victories. Ironically, getting an early offer can be problematic: Once a company has made an offer, it will expect an answer reasonably soon. If you want to consider multiple jobs, it’s useful to have all your offers arrive close together. So don’t be afraid to slow down the process with one potential employer or to speed it up with another, in order to have all your options laid out at one time. This, too, is a balancing act: If you pull back too much—or push too hard—a company may lose interest and hire someone else. But there are subtle ways to solve such problems. For example, if you want to delay an offer, you might ask for a later second- or third-round interview.

People don’t like being told “Do this or else.” So avoid giving ultimatums. Sometimes we do so inadvertently—we’re just trying to show strength, or we’re frustrated, and it comes off the wrong way. Your counterpart may do the same.  If someone tells you, “We’ll never do this,” don’t dwell on it or make them repeat it. Instead you might say, “I can see how that might be difficult, given where we are today. Perhaps we can talk about X, Y, and Z.” Pretend the ultimatum was never given. If it’s real, you’ll know soon enough.

This is the final and most important point. You can negotiate like a pro and still lose out if the negotiation you’re in is the wrong one. Ultimately, your satisfaction hinges less on getting the negotiation right and more on getting the job right. Experience and research demonstrate that the industry and function in which you choose to work, your career trajectory, and the day-to-day influences on you (such as bosses and coworkers) can be vastly more important to satisfaction than the particulars of an offer. These guidelines should help you negotiate effectively and get the offer you deserve, but they should come into play only after a thoughtful, holistic job hunt designed to ensure that the path you’re choosing will lead you where you want to go.

These guidelines should help you negotiate effectively and get the offer you deserve, but they should come into play only after a thoughtful, holistic job hunt designed to ensure that the path you’re choosing will lead you where you want to go.  Good luck!

We’ll be rolling these tools out over the next couple months. Join our newsletter now to stay updated.

Sign up for free access to our Learning Center that takes a granular look into each of our core areas – TargetWell, ResumeWell, BrandWell, InterviewWell, NegotiateWell – plus lots of other extras.

It is frequently updated and available to our premium Careerwell Pro members only.